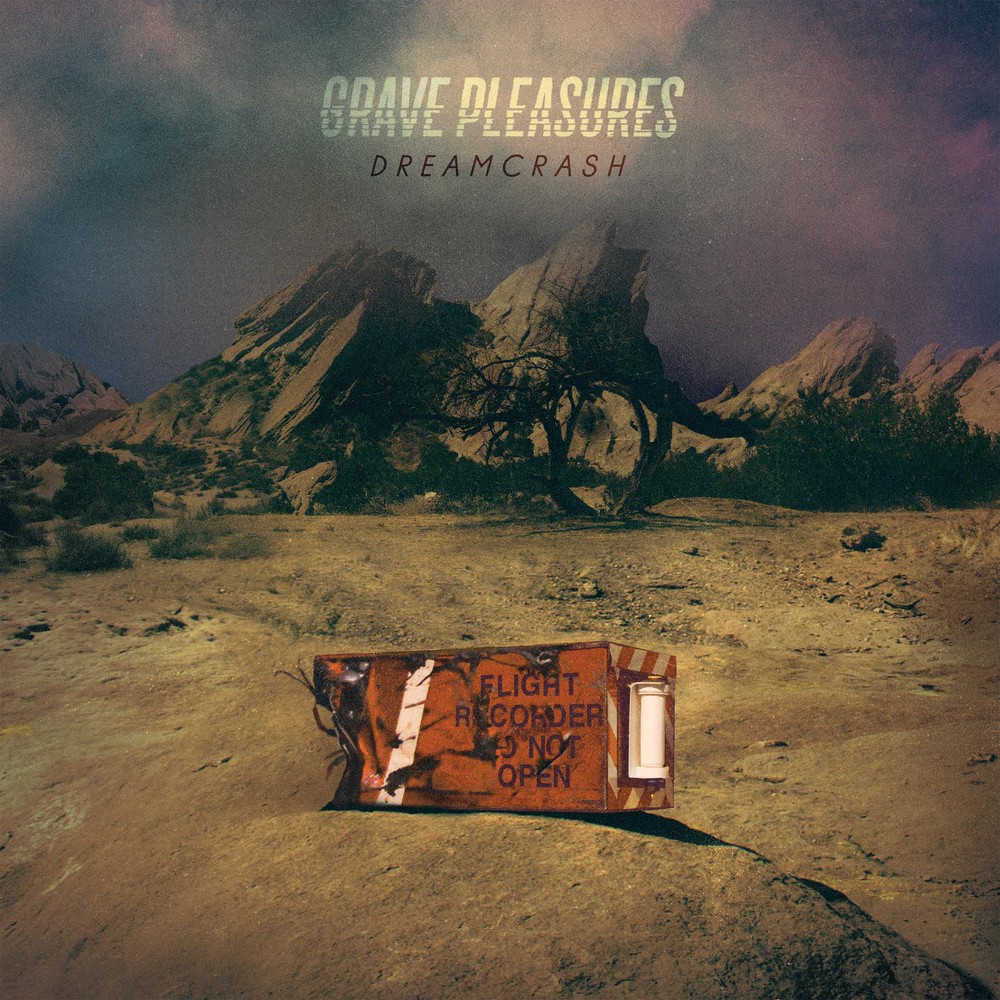 Formed from the ashes of the once wonderfully named BEASTMILK, GRAVE PLEASURES sees the band not only bring new members into the fold but also revitalize their already strong brand of doom-laden punkish rock.  BEASTMILK’s 2013 debut “Climax” was a firm favourite of mine and so feelings of trepidation were apparent just before i pressed play:  How could the Finnish based 4 piece step up to my lofty expectations set by that initial outing?  How would the addition of a new drummer and ex-In Solitude sticksman Uno Bruniusson and permanent residence of Linnea Olsson affect the dynamics?

Well, only the next 40-odd minutes would be able to answer that…

Opening with “Utopian Scream”, that initial impact you’d normally get from listening to a new album for the first time isn’t really there.  Having been so used to an album opening with a bombastic track, it’s a stark contrast and an unexpected one.  Despite it having a pounding, marching beat and an interesting chord progression, the track has a somewhat weak production which doesn’t lend itself well to the implied lyrical and musical tone, and feels a little bit like a false start.  I wondered if this had been chopped in half, it might have been better served as an intro…

Things are very quickly rectified though, as the previously released single, “New Hip Moon” goes a long way to readdress the balance – confident and striding, catchy and energetic – it has mashup elements of the earlier styles of BEASTMILK and forms a bridge into this new phase for the band.  This is the track the album should have opened with.

Also previously released as a bit of a teaser before the album’s full release was “Crying Wolves” – somewhat sparse in its musical endeavors, yet haunting and hypnotically beautiful in its delivery, it has feelings reminiscent of a few of the slower tracks from “Climax”.

The pace is then upped somewhat with “Futureshock” where we see the band go full throttle through their punk inspired roots, and the roller-coaster continues with “Crisis” where we lose the post-apocalyptic warnings, only to be replaced with a far more sombre tone and what seems to be a heartfelt lament to the pitfalls of life.

Later on, “Taste the Void” brings back the punkish attitude and combines it with splashes of early Danzig or Misfits, but with a refreshing, modern-meets-retro-vibe-twist and charged with sexual mischievousness!  A quick mention must go to one of the later tracks, “Girl in a Vortex”, for its excellent vocal delivery and balance of pop accessibility and brooding atmosphere.

It’s a tough call as to whether GRAVE PLEASURES have managed to better “themselves”, but “Dreamcrash” is certainly on par with “Climax”, it just has a different vibe – instead of the raucous naivete of the former, we now have a stripped back, sparse and thoughtful release.

And this is probably far more apocalyptic and menacing.