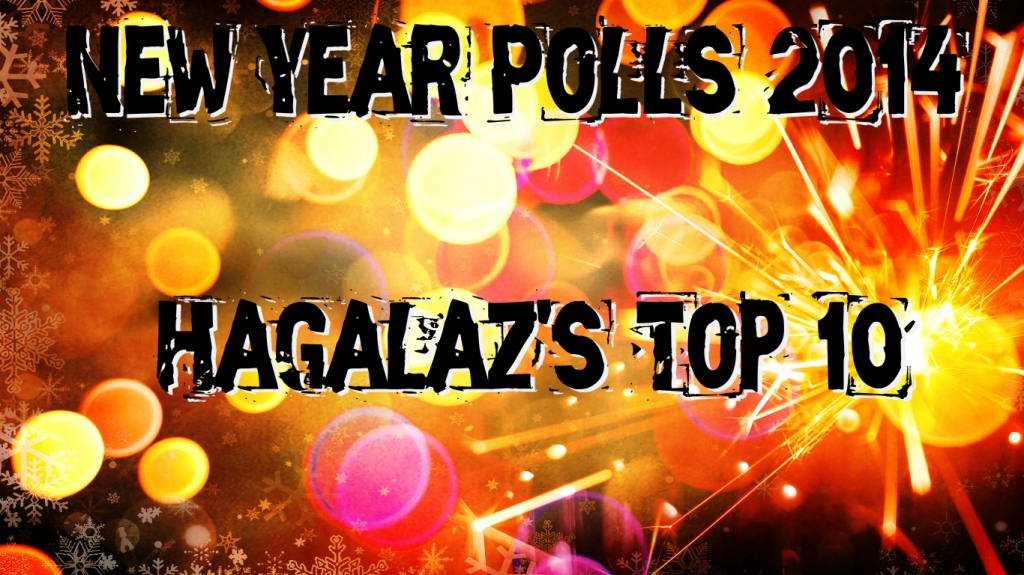 Having just finished my list of top black metal albums of the last year over at Blackmetallurgy, I am putting together my top ten of metal in general, a feat much easier than the black metal list as I spent quite a bit of time listening to throwback occult rock and doom metal this year. So without further ado, I’ll get on with it…

While I still prefer last year’s Sky Burial, “The Cavern” is a really powerful EP. Comprised of one single song, an opus that clocks in at 45:46, Inter Arma’s newest pulls out all the stops, utilizing guitars in a way that sounds like banjos, alternating between quiet moments and towering bombast, and of course, implementing that thundering heartbeat of power and sound that the band does so well.

From the twisted minds that brought you Portal, Impetuous Ritual’s sophomore release is every bit as mind-blowing, rad, and weird. Blackening death metal in a way that makes me feel like it’s more black than death, Unholy has a number of moments where the swirling mass of chaos is numbing.

Alright, so maybe Alcest isn’t really metal anymore, particularly on their newest release, but in terms of best albums related to metal of the year, Shelter should be on the list. By far, it’s the prettiest post-rock album you’ll listen to this year.

I will admit, I’m still letting Foundations of Burden grow on me. In terms of interesting developments, I think Pallbearer should win the award this year; this new album actually has major scales in it (!), and “Ashes,” a pretty song that lacks any kind of distortion at all. Nevertheless, it is still very, very heavy. While there is no “The Foreigner” on this one, Pallbearer has managed to create a strong sophomore release that shows innovation and a refusal to rest upon their laurels.

I know I’ve been raving about Myrkur quite a lot lately, but I honestly believe she deserves it. This little debut EP is a powerful thing, showcasing not only brilliance for composition but excellent vocal work as well. Myrkur’s self-titled debut is gorgeous and original, and I’m excited to see what the future will bring for this enigmatic lady.

While Pilgrim’s first album, Misery Wizard, was a perfectly good doom release in a number of ways, it still seemed to struggle to get its feet. Pilgrim’s new offering, Void Worship, however, finds the band settling more strongly into their comfort zone. Void Worship is a much stronger piece showcasing an increased amount of confidence from the band.

I mentioned to a friend at one point that I seemed to really be into the ugly, distorted stuff this year, and he suggested I give the new Indian a listen. Holy crap. The Chicago-based group has managed to bring new levels of ugliness to their sound. Although the album has an odd lull in the middle of it, the bulk of the thing is a churning mass of sludge and grossness.

So y’all all knew I’d put Mayhem on here, but seriously. Esoteric Warfare is a much stronger release, I feel, than their last Ordo ad Chao. Teloch’s handling of the guitars on Mayhem’s newest is so well done that at moments, I get chills as though Euronymous himself penned some of those riffs. The most old school release Mayhem has done since “Wolf’s Lair Abyss.”

Triptykon’s newest album is easily one of my favorites of the year, to no one’s surprise. Mr. Tom G. Warrior is very good at what he does, and the Celtic Frost co-founder is back with a slew of new tracks and a strong second release.

And what is my favorite album that came out this year? Easily Teitanblood’s Death. The Spanish duo are back and as chaotic as ever, utilizing distortion techniques on their newest album that make the low-end sound like the jaws of Hell itself are gaping beneath you. Loud, fast, and ugly, Teitanblood takes the cake this year.