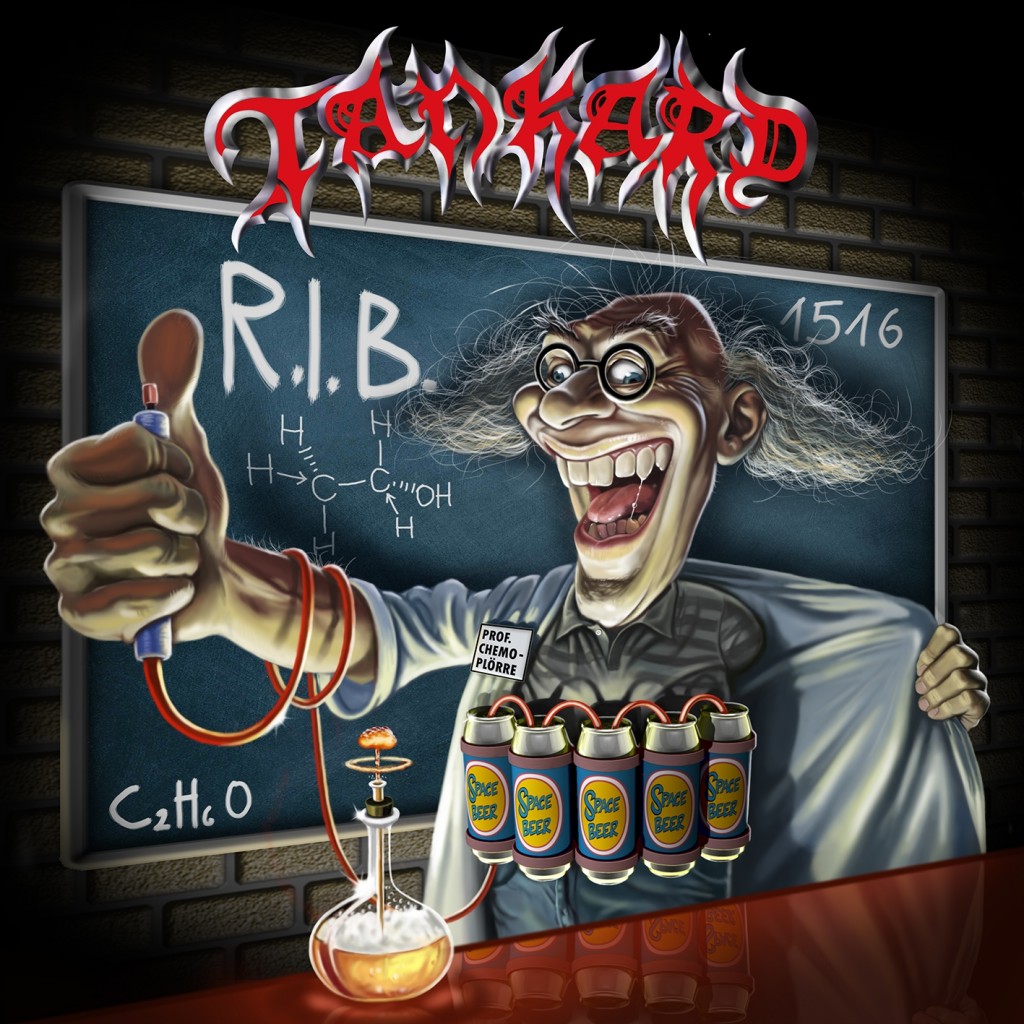 For most, thrash metal and beer seem to go hand in hand. However, for the German metal veterans in Tankard, this is a pairing that is vital. If their name wasn’t enough of a hint, they’ve been singing about the brown alcohol since their first album in 1986.

Now in 2014, 16 albums later, Tankard reinforces their well-deserved place in the metal scene with their latest, “R.I.B.”.  After the underwhelming quality of 2012’s “A Girl Called Cerveza,” I had low expectations going into the album. However, upon the record’s opening track “War Cry,” the band fiercely sets the tone of their music with fast guitar shredding and strong bass lines.  In fact, the song carried so much might that I knew it was inevitable for the rest of the album to sound this good.  Fortunately for listeners, it certainly was. Every song on the album has its own personality, and stays fresh and exciting while still maintaining that classic Tankard sound.

“Fooled By Your Guts” has arguably one of the catchiest choruses on the album and of course doesn’t stray from Tankard’s longtime lyrical themes of drinking, partying, and of course more drinking. The record then delves into its title track, followed by the equally devastating “Riders of the Doom”.

“Rest In Beer’s” production is well above par. It seems that a good majority of metal albums nowadays are overproduced or under-produced, however, “R. I. B.” blends just the right amount of technology and human touches with guitars that pierce razor sharp and drums that sound warm and sturdy.

Singer Gerre commands an energy that shines through brilliantly. “Hope Can’t Die” is a perfect example of his wit, great songwriting, and enthusiasm. It’s also helpful for the band’s sound having an original voice such as his. When LA bands spend their time growling like Tom Araya and East Coast bands stress high-energy vox, German singers lie somewhere in-between. Gerre however, is clearly understandable but has enough bite and attitude to do the music justice.

Longtime guitarist Andreas Gutjar shreds with huge chops and meshes vividly with bassist Frank Thorwarth’s precision playing that sounds almost as loud as a Municipal Waste album! Drummer Olaf Zissel is a rhythmic machine and stabilizes the album’s wild feel.  There’s plenty of other songs worth highlighting but fortunately “R. I. B.” is a solid listen cover to cover.

Tankard (thankfully!) hasn’t tried to be anyone else with this record. They’ve been their own band with their own style since day one and their latest release is a testament to that. Loaded with alcoholic lyrics and up-beat heavy metal: “R. I. B.” is a must-have for any fan of thrash metal.